Pagani last summer stunned the automotive world with a unique long-tail version of the Huayra, dubbed the Codalunga, Italian for “long tail.”

The car was born from the request of two loyal customers seeking a Pagani with a streamlined design reminiscent of the grand race cars of the 1960s. The customers worked closely with the Italian marque’s special projects division, known as Pagani Grandi Complicazioni, over a two-year period to arrive at the final design.

Pagani committed to building five examples, each priced from 7 million euros (approximately $7.6 million), and this week the second of the five cars was shown. This one features a bronze hue with a tail stripe of exposed carbon fiber.

The body of the Huayra Codalunga is made from lightweight composites, with the car’s extended tail requiring a stretched engine cover 14.2 inches longer than the cover on the standard Huayra. Power meanwhile comes from the same twin-turbo 6.0-liter V-12 found in the Huayra, but with output pumped up to 827 hp from the Huayra’s 730 hp. 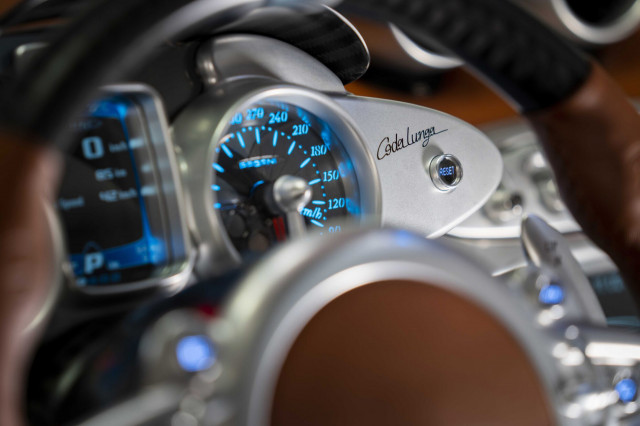 The Huayra Codalunga is officially the final version of the Huayra, though Pagani could continue to offer new Huayra creations like the automaker did—and still does—for the Zonda, its debut supercar.

Pagani last September revealed a successor to the Huayra in the form of the Utopia, another V-12 supercar. Pagani at one point planned on offering an electric version of the car, though the automaker scrapped those plans last year, citing a lack of demand and a lack of emotion in EVs.

California restaurants listed among the ‘Most Romantic’ …

Watch Biden’s State of the Union address and GOP …