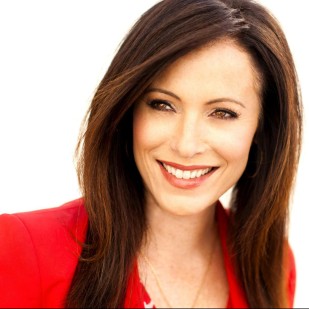 Award winning journalist Kathleen Bade has been the primetime anchor for Fox 5 News at 6 & 10 since the station’s launch in 2008. She’s been a force in the San Diego news market for 13 years, anchoring number one newscasts, covering major news stories and events from the opening of Petco Park to spearheading election coverage and hosting news specials on high profile court cases. She’s earned multiple Emmys for her work in journalism and recognition for her work as a child advocate.

As a mother of two, Kathleen also chronicles her attempt to balance work and family in her “Anchormom” blog and reports on the wide variety of issues facing families today. She is a sought-after public speaker and enjoys motivating and mentoring young people.

Kathleen began her broadcast career at Arizona State University graduating with honors from the prestigious Walter Cronkite School of Telecommunications and Journalism. She was the first student in college history to earn the coveted William Randolph Hearst Award in San Francisco. Kathleen garnered a one on one interview with Walter Cronkite himself for her achievements in academics and considers it one of the highlights of her career. She loves to regale the story when Walter told her about a conversation he had with broadcast titan, Ted Turner. Walter said: “I told Ted CNN would never work.” He chuckled over his obvious misstep, but also warned of the dangers of 24 hour news. “They’ll have to manufacture news and that’s not the same as reporting it.” In 2004 Kathleen returned to the Sun Devil campus where she was inducted into the ASU Broadcasting Hall of Fame.

After ASU Kathleen got her first on-air job in Yuma, Arizona at KYMA where she began as the evening weathercaster and fill-in anchor. Always the science buff, Kathleen went on to earn her Broadcast Meteorology degree and certification from Mississippi State University. She returned to her hometown of Phoenix where she worked for the NBA’s Phoenix Suns in community relations. While there, she worked alongside such basketball greats as Hall of Famer Connie Hawkins and the incomparable Charles Barkley. (The man her 130 pound Bernese mountain dog “Barkley” is honorably named after.)

It wasn’t long before CBS in Phoenix caught wind of Kathleen and she returned to the anchor desk as a morning weather anchor. She quickly climbed up the ladder and was the weekend anchor within two years. Soon after a market-wide station shuffle, Kathleen found herself working for Fox and launching a brand new morning newscast called “Fox 10 Arizona Morning” as co-host. Her impact was immediate, turning the show into a top contender in the market in just three years.

Following the birth of her son, KFMB Channel 8 brought Kathleen to San Diego. She was thrilled to escape the heat and work for CBS for seven years. During that time, she helped place a record number of children into loving homes through her work with San Diego County Adoptions – an accomplishment that resulted in singling out Kathleen for special recognition.

After a brief hiatus off the air, Kathleen returned to the San Diego airwaves in 2008 with the launch of Fox 5 San Diego. Now, the top rated 10 p.m. newscast in the market, Kathleen calls her time at Fox 5 the most satisfying of her career. Aside from anchoring duties from the studio, Kathleen is also a seasoned veteran of the red carpet and annually heads to Hollywood for live coverage of “American Idol” along with other Fox favorites including “So You Think You Can Dance”.

When not at work, you’ll find Kathleen on the sidelines of San Diego State Aztec football and basketball games, cheering on the Chargers and rooting for her own kids in little league sports. An avid skier, Kathleen loves going to the mountains of Telluride, Colorado with her family, interior decorating and is addicted to HGTV home renovation shows. A former ballerina, Kathleen is also a passionate supporter of the fine arts.

Kathleen has been married to her husband Jeff for 18 years and has two beautiful children.

What’s on your iPod? Everything from U2 and the FooFighters to the Dixie Chicks, Black Eyed Peas and Norah Jones. I have very eclectic tasteit goes with my many moods.

Which professional sport would you play and why? Figure Skating. I’ve been a ballet dancer my whole life and to do such balletic moves with wind in your hair, speed and musicsounds like heaven.

If you were not in TV news, what profession would you choose? Interior Designer. I grew up on my Dad’s construction sites. He built commercial, as well as, residential properties. I’ve always loved designing and decorating since I was a child picking up nails at the job site for allowance.

What’s something that no one knows about you? That I secretly want to be a back up dancer for Tina Turner.

Dinner for 5, who would you invite? (Dead or alive) That’s tough. I have a wonderful dinner for four with my husband and two kids every night, but if it was a fantasy dinner.I guess I would say John F. Kennedy Jr. (my first crush), Maya Angelou (for her wisdom), Grandparents John and Isabella Bade (for one last hug) and Katherine Hepburn (loved her moxie).