BROWNSVILLE, Texas — The head of the U.S. Office of Refugee Resettlement believes children can be held for longer than 20 days despite international policies and previous U.S. policies, the U.S. director of Amnesty International told Border Report in an exclusive interview Thursday afternoon.

A global delegation for Amnesty International, as well as the head of ORR, toured a detention facility where migrants children are being held in South Texas.

Margaret Huang, executive director of Amnesty International USA, led a delegation of 11 representatives who toured the migrant facility in Brownsville, Texas, which is run by the ORR. She said that the agency’s national director, Jonathan Hayes, flew down from Washington, D.C., to accompany them on the tour and he told her that he believes it is OK to hold children for longer than 20 days because it is not considered detention but “care and custody.”

Huang said she was shocked by this revelation and that her organization staunchly believes this a violation of the Flores agreement. The 1997 Flores settlement mandates that minor children not be detained longer than 20 days.

“His position is that they are not a detention facility; they are a care and custody shelter, which under international law is the same thing. And we believe that Flores does in fact apply to all the ORR shelters,” Huang said. 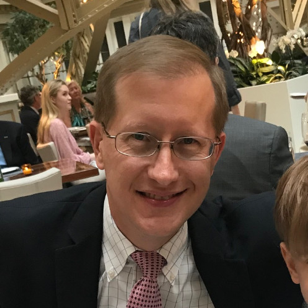 Jonathan Hayes is director of the Office of Refugee Resettlement, which oversees the care of minor unaccompanied migrants. (Courtesy Photo)

“It’s an interesting response. In previous meetings, ORR has acknowledged that they haven’t been able to meet the Flores requirements. It was a bit of a surprise to hear today that they don’t feel they’re obligated to. So that’s a big concern for us,” Huang said.

Huang said she was told on Thursday that the average length of stay for detained migrant children held in ORR facilities is 70 to 80 days. And she said that Hayes told her that one child has been under ORR’s care for seven and a half years. It is uncertain where that child is being held.

When asked whether this is a new policy, Huang responded: “I believe its policy now that the director informed us of that today.”

Border Report reached out to Hayes’ office for a comment but has not heard back.

Amnesty International arrived in South Texas on Thursday morning as part of a week-long tour of the Southwest border. In particular, they are visiting facilities that house migrant children and families, including humanitarian shelters in Mexico, Huang said.

At federal immigration courts Friday in South Texas, the group plans to observe asylum hearings of migrants who are part of the Migrant Protection Protocols (MPP) program, also known as “Return to Mexico.”

On Saturday, they plan to visit the tent encampment where 1,600 MPPs live in Matamoros, Mexico, across the Gateway International Bridge, Huang said.

In anticipation of Amnesty International’s visit, rumors have been circulating that as early as Monday, Mexican government officials will force the MPPs from the tent encampment and send them to a stadium about six miles south of the border, where volunteers have told Border Report they will not be able to take meals, water, hygiene items or offer legal advice.

The point of their tour is to observe and relay back to lawmakers from the United States, and other countries, how they feel immigration policies are affecting migrants and communities.

“Our goal is to bring back observations and recommendations not only to the U.S. administration, and particularly Congress, but to governments in other parts of the world. So that as they’re working together internationally to the refugee problem they can hopefully learn from mistakes that other countries make, including the U.S.,” Huang said.

The fenced playground of the Nueva Esperanza facility for migrant youths is seen on Thursday. The facility, located in Brownsville, Texas, is run by the U.S. Office of Refugee Resettlement, which is under the U.S. Department of Health and Human Services. (Border Report Photo/Sandra Sanchez).

Huang says she has meetings planned on Capitol Hill next week with lawmakers who want to hear her observations.

The visit comes after Amnesty International released a report on Friday calling on the closure of a migrant youth facility in Homestead, Florida.

Over half of the migrant youth detention facilities in the United States are located in South Texas. The facility visited on Thursday currently houses 40 girls, ages 13 to 17. The facility can hold up to 200 youth.

As for the child detained for nearly eight years, Huang said she was disturbed by the revelation: “It’s affected me a lot to think about that child. Even if it’s just months, I wonder about how many are caught in something that feels like detention to them for sure.”

Sandra Sanchez can be reached at SSanchez@BorderReport.com.

Join the conversation with the FOX 5 community.