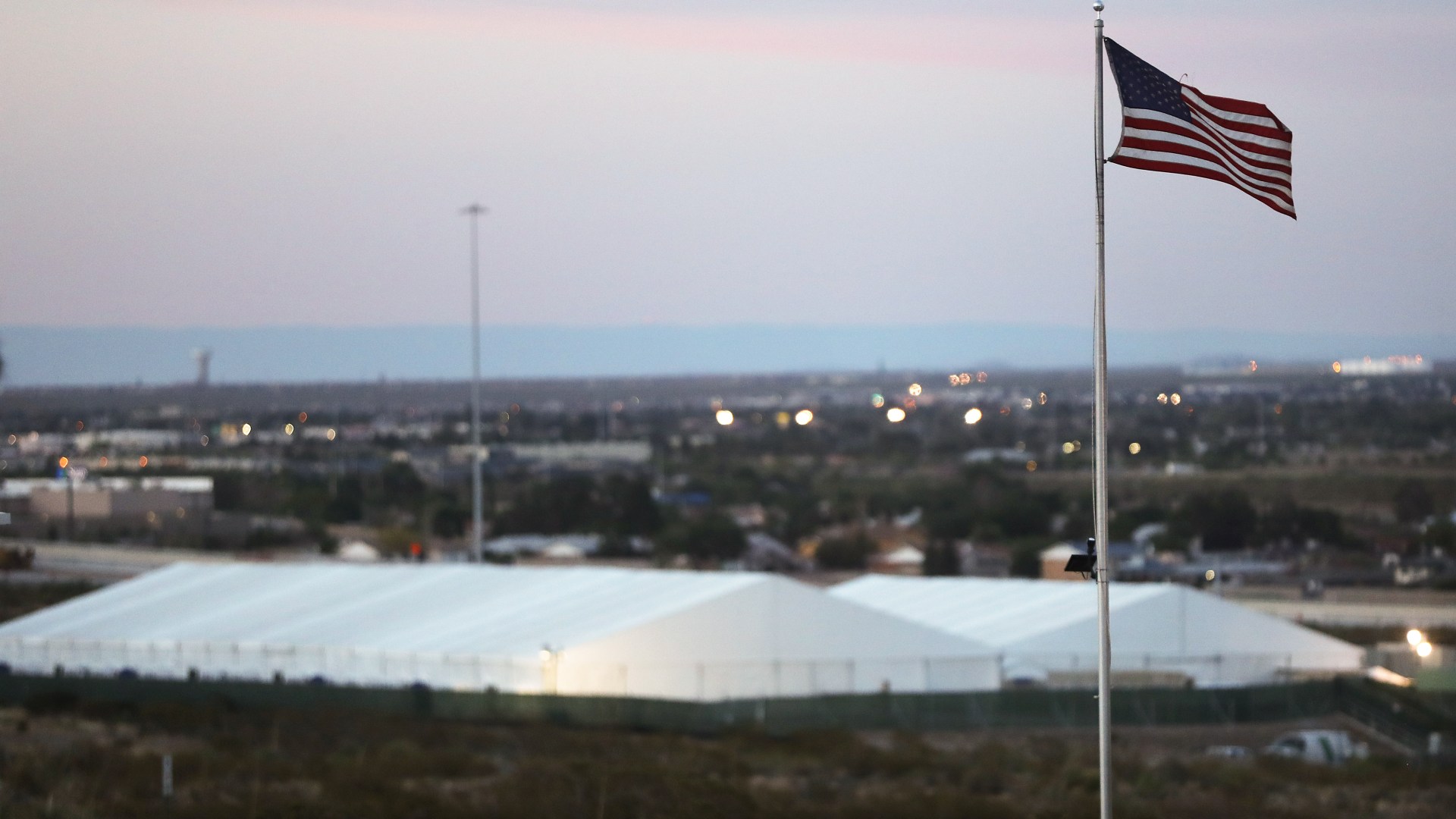 Two tents stand recently erected at U.S. Border Patrol offices, to temporarily facilitate and process increased numbers of asylum seekers, on May 18, 2019 in El Paso, Texas. Approximately 1,000 migrants per day are being released by authorities in the El Paso sector of the U.S.-Mexico border. (Photo by Mario Tama/Getty Images)

EL PASO, Texas — The Trump administration is testing a “secretive” program in El Paso to provide resolution in 10 days or less to a migrant’s asylum petition, according to The Washington Post.

The Post said the Department of Homeland Security (DHS) did not respond to questions about the program. It quoted an official with the Executive Office of Immigration Review as saying the agency is committed to due process.

The program — which few immigration advocates in El Paso knew about — calls for asylum seekers to be taken to a Border Patrol tent facility and given one day to call family or a lawyer. Then, an asylum officer conducts an interview to determine if the migrant has a credible fear of persecution if returned to their home country.

“We are very concerned about the secrecy surrounding this program. We are one of two major non-government organizations here that provide legal services (to asylum seekers) and we have not received official word from anybody at CBP at this time,” said Linda Rivas, executive director and managing attorney at Las Americas Immigrant Advocacy Center in El Paso.

U.S. Customs and Border Protection, or CBP, on Friday referred all inquiries back to DHS.

“We are always trying to have a working relationship with the agency and the fact that the first we hear about it is in this way is very concerning,” Rivas said. “The expectations that a person can find representation in that short time frame, even if we’re willing and able, is almost impossible. It is very alarming.”

Fernando Garcia, executive director of El Paso’s Border Network for Human Rights, said he was concerned about the program on several fronts. He said due process for asylum seekers would be trampled by the short window of opportunity to prepare and present their case. He also sees a contradiction on what, exactly, is being speeded up.

“This implies they will speed up the process for asylum seekers, yet we have hundreds of Mexican citizens waiting at the Chamizal Park in Juarez because they are not allowed to present their application for asylum,” Garcia said. “This would thus apply to those who have already presented their petition, so no doubt that what Trump wants to do is get rid of those applications as soon as possible, accelerate the deportation of asylum seekers.”

According to officials in Juarez, more than 3,500 Mexican citizens are camped out in public places in that city waiting for initial asylum appointments in El Paso. That’s in addition to thousands of Central Americans, Cubans and other non-Mexicans who have spent months waiting for their number to be called. As of the beginning of this week, however, CBP was still only summoning between 10 and 15 people a day, Juarez officials said.

“I am concerned about due process, about the fast-track deportations of asylum seekers and the violation of their legal rights,” Garcia added. “Such fast-track deportations are placing people at risk by returning them to Mexico or to their own countries because many came here running away from genuine violence and they are facing threats to their lives back home.”

Marisa Limon, deputy director of El Paso’s Hope Border Institute, concurs that providing due process to asylum seekers in 10 days or less may not be possible.

“I’m not sure if that’s a goal any more in this country when it comes to asylum seekers in the Southern Border. Due process is the exception now rather than the rule, and that’s wrong,” she said.

Get the latest news and streaming video from FOX 5 San Diego while on the go.